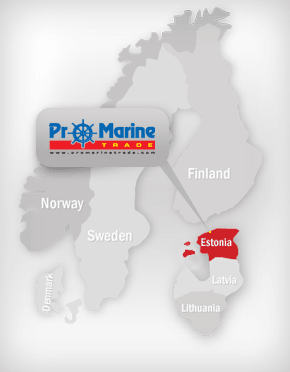 Osculati opened its third warehouse in Segrate (Italy) this April.

Osculati S.p.A, one of Italy's leading deck equipment and accessory manufacturers, announces a record month for export sales in March. European and global sales, excluding Italy, reached a new record high at €2,380.000, up 11% over 2010. This figure also exceeds its previous March high in 2007-2008, where equivalent sales topped € 2,100,000.

During March Osculati shipped almost 4,000 orders and over 300 tons of goods from its two main sites in Milan and Lucca.

Alberto Osculati says: "We are proud that the huge investment in logistics achieved over the last few years is finally turning our potential into reality. I always knew we could do much more, and we are now starting to realize it."

In response to the increased demand for its products, this April Osculati officially opened a new warehouse in Segrate; the third Osculati warehouse in Italy. The Segrate warehouse adds a further 3,000 square meters, making at total warehouse capacity of 15,000 square meters. The new warehouse includes a long-term stock area, new packing and labeling area, and a new, larger and more fitted recreational space for its staff. Explains Alberto; "The new warehouse provides an enhanced work environment for our staff, important as companies are made of people and motivation is fundamental."

Join us on social media

Pro Marine Trade is a wholesale company established in 2003. As of to date, however, we have entered into cooperation agreements with many different maritime domain related companies, suppliers and manufacturers. At present, we import a variety of marine goods and products to Estonia from more than 70 different cooperation partners worldwide.  In addition to wholesale, we started developing webstore www.promarinetrade.com in 2006, which has since become the biggest marine webstore in the Baltic region. Based on the knowledge and the demands of our customers we have consistently worked on improving our range of products and naturally the quality of service. Our company firmly believes that things of value are born in cooperation and we would like to give our best to this cooperation.We look forward to your feedback and questions on relevant issues, in order to maintain existing and create new customer relations and forms of cooperation. The current activities of Pro Marine Trade are reflected in our news section. The complete list of products that we currently offer can be found on our website as well as in the product catalogues of our partners. Of course, we always recommend that you take a look at the special offers in our webstore where you may find products that we have in stock at very attractive prices. Kind regards,Pro Marine Trade Team     In 2021, our e-shop was visited by 202,982 unique visitors and purchases were made from 50 different countries around the world.